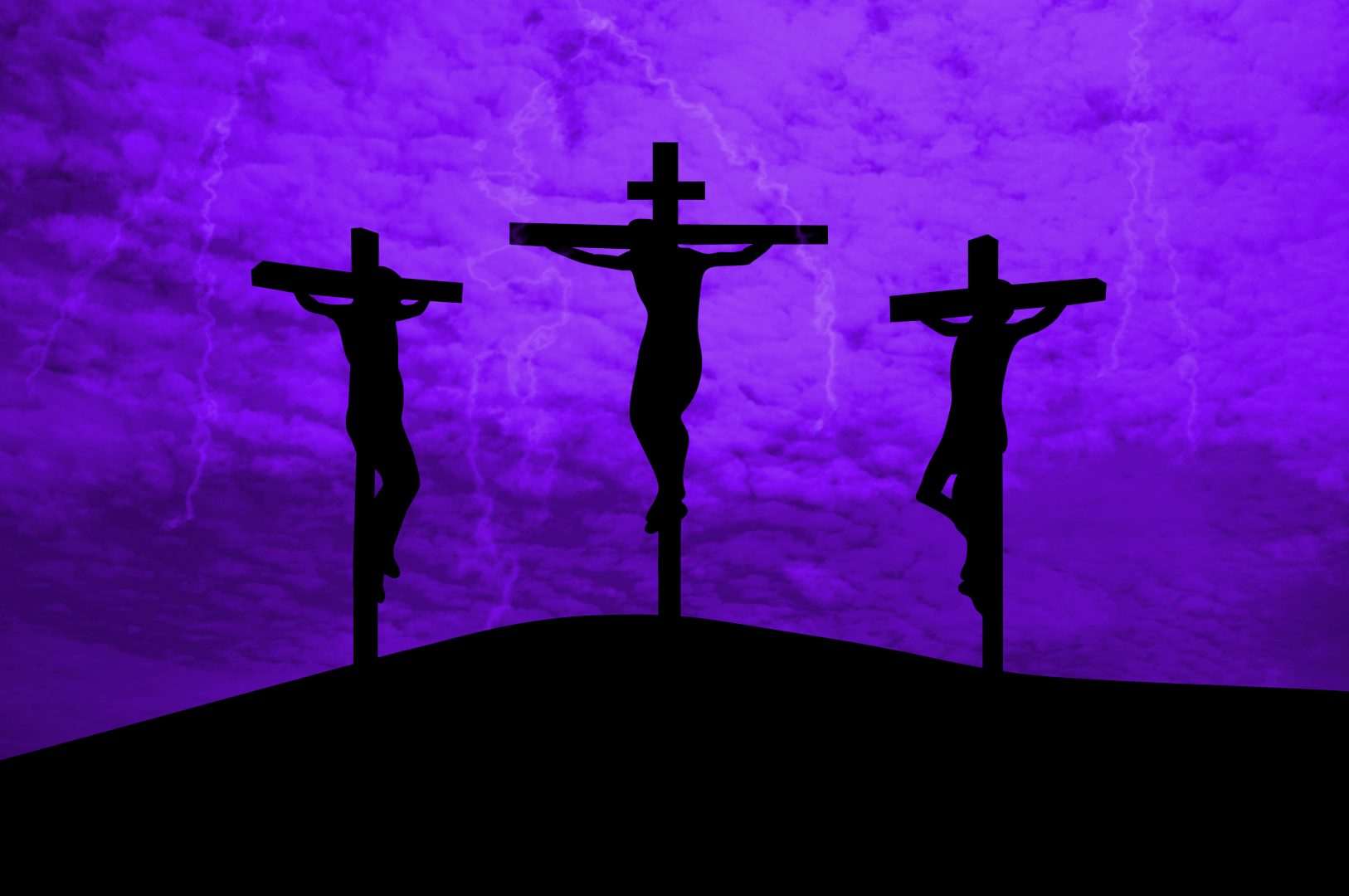 After years of wandering aimlessly throughout his life, Clint Dennis realized that something deeply important was missing. He decided to attend church, and as he entered the church for the first time he noticed people putting on long robes. They were also tying ropes around their waist and wrapping headdresses around their heads. “Come be a part of the mob,” a stranger told him. It was Palm Sunday and the church was reenacting the crucifixion. He would be part of the crowd that shouted “Crucify him! Crucify him!” Hesitantly he agreed. Then another stranger hurried up to him stating that the man who was supposed to play one of the thieves on the cross didn’t show up, and asked Clint if he would take his place. Again Clint agreed and was shown to the cross where he would look on as Jesus died. Just then, something about Clint’s manner caught a member’s eye. He slowly approached Clint and asked, “Have you ever asked Jesus to forgive your sins?”  “No,” Clint replied softly, “but that’s why I came here.” Then, gently and beautifully beneath the cross, they prayed, and Clint asked Jesus to come into his heart. He finally denied hell and stole heaven.

He is much like the most famous thief who has an amazing place in history. We refer to him as the good thief, while some refer to him as St. Dismas. At the top of Calvary he was the one person who saw the truth of Jesus’ message even as Christ faced His own death for our salvation. Those around him were grieving, shocked, taunting, or disinterested in the crucifixion, but the thief stole the show. He saw his opportunity, to rob hell of his soul and to repent of his past heinous crimes. For this he would be remembered for all time. The robber, like every sinner on the verge of repentance, understood that he himself deserved to die, that his own crucifixion was his own doing. However, when he looked about him in those final minutes of his life here on earth, he did not just see another criminal but the Messiah, Jesus the Christ. This is what led him to shout with whatever air he had left in his lungs, “Remember me!” Recognizing the truth about humanity, about ourselves, he had stolen the greatest prize at the very last moment to have a life with Jesus.

As we hang on our own cross of life, let us remember the lesson of this man who denied hell and stole heaven.

My Crucified Jesus, wash me with your most precious blood. Look upon me as the good thief, who hung on the cross next to You at Calvary. A sinner, paying for his crimes, but recognizes your divinity and begs for mercy and forgiveness and asks: “Jesus, remember me when you come into your kingdom.” Dear Lord, look upon me like the good thief. And I should be so blessed, so fortunate, so full of Peace. Amen.