Behind The Coronavirus Mask 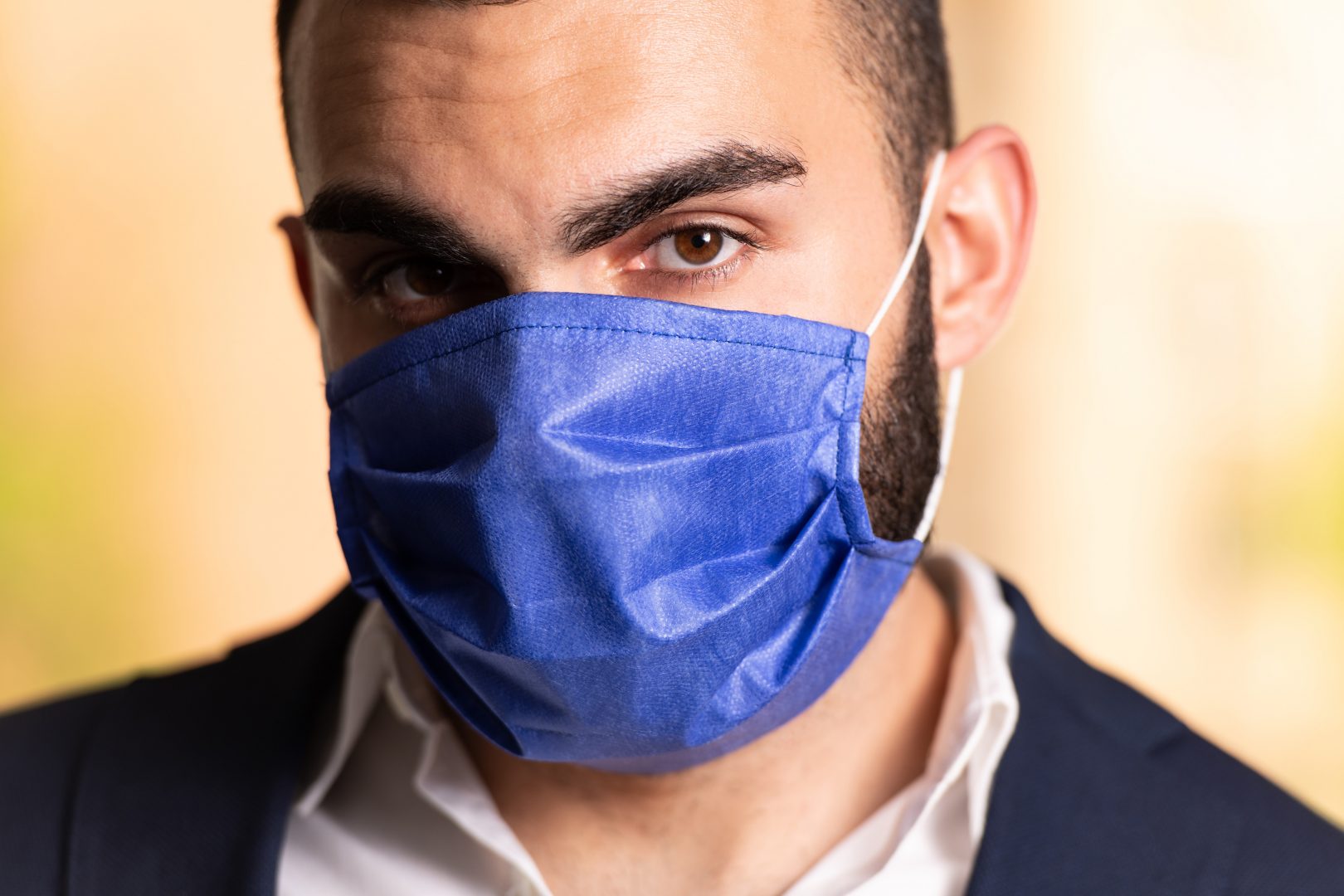 Everyone was on edge. It was the height of pandemic panic and the tension had an unusually eerie feel as it spread throughout the large, mid-city grocery store, previously a hustling yet comfortable place where people greeted each other warmly and loudly with the excitement of a family reunion. But today was different. The first death in the area had just been reported and although unspoken, the question on some minds was definitely, “who would be next?” However, on the other souls of circumspect shoppers was, “are you going to infect me?”

The next scenario is most likely not that unusual, but still troubling. About forty percent of the consumers were sporting surgical masks while others were not. And, as if an other-worldly cloud of mist descended upon the floors like an alien invasion worthy of the Syfy TV Channel, something almost sinister began to happen. The people behind their mask began to act differently, as if protected by some aura of anonymity. The people behind the mask began to sport a superiority complex that for most was completely out of character, that is, without the mask. Overbearing stares and intrusive moves with their mighty shopping baskets began to rule the day. And then there were the condescending hand gestures that treated others as if they had leprosy or worse.

It could happen to anybody these days. And perhaps, it has always been happening but not to such an alarming degree. In some sectors of our country, surgical antiviral masks are becoming a fixture in shopping centers, gas stations and grocery stores and with this surge, there seems to be a shift in behavior. Some have reported a marked turn in rudeness, ugliness and a flair of dominance especially directed to those who, for whatever reason, are not donning the mask. In Japanese culture, there is a well-known application to all of this. It is said that we each possess three faces. The first we show to the world, the second we show to our close friends and family, and a third face we never show anyone. It is this one that is the truest reflection of who we are.

“God does not see as a mortal, who sees the appearance. The Lord looks into the heart.”  1 Samuel 16:7

Let’s approach this scenario from two very near but different perspectives: facing the one in the mask and encountering others with our own mask. Remembering that behind every mask there is an entire human life with a story and that each and every encounter we have in this life involves the meeting of hearts and minds and souls with all kinds of rich and amazing episodes. It would be great to remember that everyone we meet is afraid of something, has lost someone, and has a story to tell and share. In some ways, venturing out into the world as we do can be likened to going to a movie for which we have been waiting for with exciting anxiousness and expectation. Wouldn’t you want to know about each of the main characters as the film develops? Don’t you want to know who wins in the end? Isn’t there a sense of accomplishment and finished purpose when, after sitting for a couple of hours, we feel it was time well spent? This, in many ways, is a metaphor for life. Everyone we meet, whether it’s someone close to us or just a passing stranger, has a world that they are protecting and sharing at the level that they choose and are able.

If we are to learn anything from the pandemic and the accompanying panic, we must start now in our dealings with one another in as unassuming and unpretentious places like the grocery store, gas stations and yes, even at the workplace. If we are truly to understand our own humanity along with our mental acknowledgement and emotional feedback, effective and/or otherwise, to life’s most compelling and complex challenges, then perhaps the time has come to explore and practice mindfulness in front of and behind the mask.

“Mindfulness is simply being aware of what is happening right now without wishing it were different. [It is] enjoying the pleasant without holding on when it changes (which it will) and being present with the unpleasant without fearing it will always be this way (which it won’t).” James Baraz

To walk amid the panic-ridden pretense of the world with all its masks and self-righteous behavioral quirks and not be defeated will take practice. Everything good does. I guess you could say that everyone wears at least one mask during this journey, some more than others. The trick is how to keep connection with each other and ourselves to live the miracle of being alive. And for that and in conclusion, just consider the purpose of a dog. Yes, a dog. Our best friend. W. Bruce Cameron summed it up quite beautifully:

“Have fun, obviously. Whenever possible, find someone to save and save them. Don’t get all sad faced about what happened and scrunchy-faced about what could. Just be here now. Be. Here. Now. That’s a dog’s purpose.”

Sounds good to me.

3 thoughts on “Behind The Coronavirus Mask”