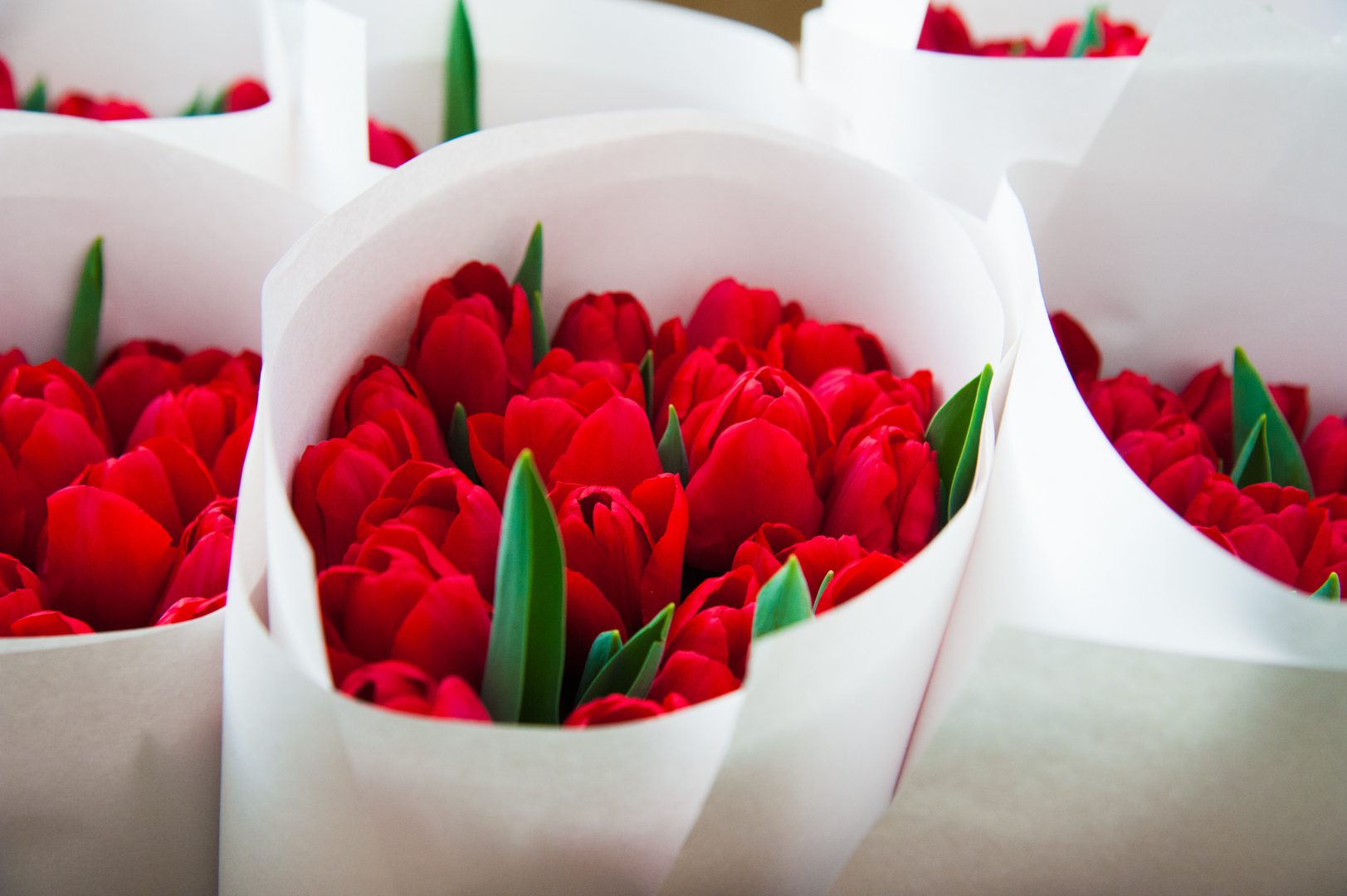 After a very long and tedious day at work, a man slowly but surely made his way back home when he took the opportunity to rest by the side of the road. An elderly woman equally slowly passed by the place where he had stopped arduously pushing a cart full of flowers. The compelling aroma of her blossoms was remarkably perfuming the air with sweet tenderness that it truly seemed to take away the weariness in his bones and to lighten his spirits. He had never experienced such wonder from any collection of flowers even from his own garden.

“I wonder how much are these exquisite flowers,” he asked the friendly woman.

“They are yours for the taking, my brother,” she replied. “Your thanks is quite enough.”

So the man filled his arms with these beautiful flowers and hurried joyfully home. He and his wife and his children rejoiced with him over the remarkable flowers, for they, too, discovered that the sight of them was a delight and the smell of them refreshed the soul.

So as not to lose his treasure, the man planted the blossoms in a small plot of land behind his house. Sunlight and water kept them amazingly beautiful, still performing their marvelous, miraculous effect on all who encountered them. When children came to play in the yard, the man cautioned them against carelessness and wild play lest they trample the flowers and damage them. However, even with all the hustle and bustle of life passing through like heady gusts of winds, these wonderful flowers remained hardy and strong so long as there was enough sun and moisture to nourish them. Nowhere else could the man or his wife or children find such remarkable solace from weariness, such comfort in sadness, such spiritual nourishment as those remarkable flowers provided. Here was a treasure beyond value.

As the family and the surrounding neighborhoods grew, more children came to play in the garden and the number of visitors increased while the man became even more concerned over his remarkable flowers. He was determined to protect them, and so he built a huge greenhouse around them. In time, because of his numerous children, he would allow them entrance to the small sanctuary only sparingly and with the utmost care.

However this effort to protect this great gift seemed to begin to backfire. Problems and needless tension began to emerge. The man began to “weaponize” the gift of the lovely floral miracles of love in order to control and keep a mere semblance of peace. If the children caused their father stress or anguish, he would refuse them access to the flowers. If the neighbors were too loud or unruly in his own estimation or if they even appeared to be ungrateful for all that they had seen and appreciated, he kept them away from their beauty. Eventually he set up a large number of rules and regulations as to who may enter the greenhouse, how they must enter, and what they must do while they spent time in there. All the while, he continued to see that his treasure received enough sunlight and water so that the flowers continued to perform their wondrous outcome on the shrinking amount of folks who were allowed to view them.

As grandchildren began to appear and fame spread about these magnificent flowers, the man felt even greater need to safeguard his treasure. Access to the flowers was open to all members of his family and visitors who seemed friendly enough, but not without certain precautions. Requirements were to be met and standards upheld. Offices were established to judge worthiness and to determine accessibility. It became necessary to have lawyers to defend and judges to weigh and guards to safeguard and caretakers to upkeep, and on and on and on.

However the inevitable occurred after all this smothering of the miracle. Everyone who had ever seen and experienced such a gift eventually saw less and less of the flowers and some even simply forgot about them and their marvelous power to transform and shine light into the soul. Eventually, people thought it was just a myth, a magnificent story, even a legend. But those who dared to dream and believe in the power of transformation and complete change from the inside out, began their own intrepid search for the flower lady, and to everyone’s amazement, there she was, still out there, still giving away her amazing flowers. Love was indeed real and had not died.

The meteoric celebration within a 24-hour period of frantic rushing and purchasing of flowers in commemoration of St. Valentine will no doubt bring different meanings and connotation to every person you will meet during this time. At the center of it all, however, is the same element with which we opened our reflection. Is love a myth? Is it really possible? Is it dead? All gifts are freely given but none so precious as the gift of love. We can, and many do, cling to the gift that has been given to us and never share or pass on the goodness that has been shown to us. We can either slowly but systematically destroy the possibility of a love-filled life by allowing ourselves to be possessed by our possessions and threatened by the illusion of loneliness, or we can learn how to embrace all that is good in our lives, especially the gift of love, starting for God then others and then ourselves, with a habitually relaxed grasp striving to share with others what has made our lives so blessed and worth living.

The lesson is as simple as it it is timeless. Love is not static but alive and always in need of sharing and surrounded by a heart of gratitude otherwise it will be lost. We must admit at the same time that it is very easy to find ourselves caught off guard and distracted by forces of selfishness and egoism and thereby lose right perspective, constricting ourselves and others with rigid rules made by well-meaning caretakers. One thing is clear: love is stronger than death and as long as we long to be loving, giving, forgiving and prayerful people the way we long for air, we will find all that we have been destined to find in this short but amazing life.

“Deep waters cannot quench love, nor rivers sweep it away. Were one to offer all the wealth of his house for love, he would be utterly despised.” Song of Songs 8:7