The Language of Absence 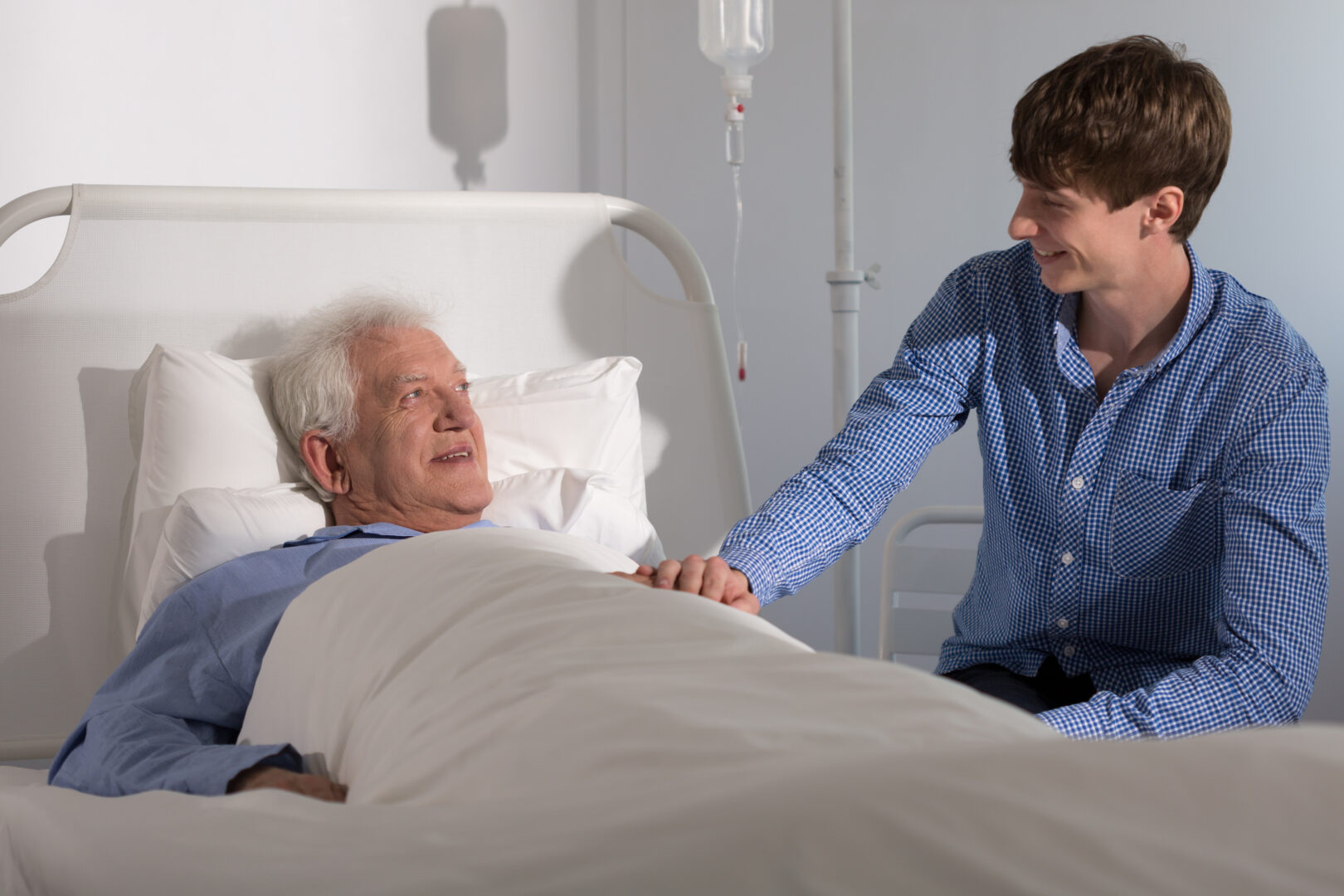 “You have to take risks. We will only understand the miracle of life fully when we allow the unexpected to happen.” ~Paulo Coelho

Hospice work is certainly not for everyone. In fact, it’s been my experience that it’s only actually a handful of people who can take the worst of situations and turn it into the almost joyful anticipation of a trip never taken before.

Take for example, a client-patient-friend that was on his last train ride. I knew something was wrong from the very beginning because he would always cry when he saw me. I’m not sure if it was because seeing that hospice caregiver meant the end was near or was there something else. And after more than a handful of visits, it was clear: there was something else.

Apparently, I reminded him of someone in his life many years ago, and his whole family told me as much. After I felt that I had gained his confidence, I began to gently prod, and politely ask, and carefully dig into his soul until he was ready to tell me everything. One breezy afternoon, after a sudden rain which made the ground both soft and smelling like the garden of Eden, he told me the story.

More than fifty years ago, he and his best friend had a huge falling out. It was over a relationship whose name they probably couldn’t remember. But he felt betrayed, and he responded by an equally painful and ugly betrayal as well. He hurt his friend deeply and it was definitely overkill. Things were never the same,  and although they spent the first twenty years of their life together practically as brothers, all that came crashing to an end over their affections for the same woman. They both moved on with their lives, but they would tell each other through other friends that they were sorry that things happened the way they did, but there was never reconciliation or resolution, and most certainly no closure.

My patient was dying a miserable death and I knew what precipitated most of it. Horrible, uncontrollable,  irreconcilable guilt. I knew what I had to do. He told me the name of his friend and where he last knew where he was living, so I did some digging, more digging, and actually found him and his family. Unfortunately, his lifelong friend had died but many of his family members were still alive, specifically a twenty-eight-year-old grandson. I reached out gently to them and asked if perhaps they’d be open to a moment of forgiveness. The young man, the grandson, literally jumped at the opportunity because his grandfather had often spoken about the destruction of a great friendship and practical brotherhood. He longed to do something to honor his grandfather’s wishes to finally have peace and forgiveness. When I asked to see a picture of his grandfather, I thought he had given me his own. They were like spitting images.

The day finally came, and I met the young man in a local gas station and led him to the place where his grandfather’s old friend was dying. The minute he walked in, both began to cry almost uncontrollably. After some time and settling them both down, we talked. It was one of the most beautiful conversations I have ever witnessed. They said things that perhaps should’ve been said earlier, but, as we all know, it’s never too late. There was finally peace and comfort and certainly a lot of joy. Both men thanked me profusely for this opportunity and I couldn’t be more grateful to even be a part of that moment.

Later that night with tears in his eyes my patient quietly passed gently to the other side of life. I may have cried a little bit, but it was reasonable and appropriate. I realized then that all our lives are about saying hello and goodbye and facing the unexpected twists and turns like a great novel. Everyone has at least one or two regrets that, although are unspoken, are still visibly seen on the face and deep in the eyes of those who wish things could have been better. Of course, I became very grateful for my own life and for all that God has given me and all that I want to pay back to him.

“Resilience is all about being able to overcome the unexpected. Sustainability is about survival. The goal of resilience is to thrive.”  ~Jamaica Cascio

Of course, I began to reflect on getting older. I realized that I am happier these days than I have been at any time in my life. I have real, true, glorious friends, and I’ve been able to do really good for the things I care about such as homeless shelters, saving peoples’ mortgages, counseling, distributing Bibles, writing, and helping people die with dignity. Of course, like everyone else, I miss more than a handful of friends who have died, but then, I’m glad for the time we had together, to make quality space in my heart for them, even for a while.

I wish the time hadn’t gone so fast, though. And sometimes I wish I’d enjoyed it more on the way, and worried about it less. But then again, I still have today to make it last and enjoy the moments I still have. The nest of my memories still has a few leftover feathers here and there to remind me of the miracles I helped create to make this life amazing. I think that’s wonderful.

“And we who loved the world must learn the language of absence: days foreshortened, empty rooms, the irrevocable distance between the goodbye and the letting go.” ~Joe Bolton

3 thoughts on “The Language of Absence”